No one surpasses their struggles alone. Feta Armeni has been unfortunate since a toddler. Born with cortical visual impairment, Feta lost a hundred percent of her sight at an alarming rate towards her early twenties which subjected her to dependency on relatives for support. Adapting to a new reality, she was now handicap and slowly accustomed herself to the surroundings which she would never lay eyes on again. With the progression of time, life seemed to normalize in her home village in the district of Quissanga but this was not to last.

With the presence of armed forces and sporadic attacks in Cabo Delgado, washing away whatever sense of security, comfort, and effort which made Feta to feel normal. In May 2020, as the evening set and preparations for a typical dinner as a family were ongoing, the villagers were met with a rude awaking from the unidentified armed forces who began raiding homes and slaughtering all in the path.

Astonished by these happenings Feta and her family took what they could carry and began to run. With no vision and only hearing, Feta needed to make sense of the situation. Before rushing into the dense wilderness and alerted of the situation, stuttering and the grinding of teeth became a familiar sound. The mumbling, partial words, and silent movements to not be noticed saved the family that night.

"I could only hear screams. My relatives and neighbours tried to explain what was happening, but I could not believe it; the only thing that was clear was that we had to run away. But people with disabilities could not run away, so we had to hide in the bush. We stayed there for a full day without much hope. Then the government helped us to move temporarily to a transition centre, and from there we arrived in Ngalane,” said Feta.

Arriving in Ngalane Relocation Site (Metuge district) was not easy either. Living with her two nieces and their four children, not only was the house too small, but the communal latrine was undignified and had limited privacy, especially as they are all women. Through IOM’s Complaint and Feedback Mechanism (CFM) put in place by Camp Coordination Camp Management (CCCM) and the creation of the Disability Inclusion committee within Ngalane which works towards the inclusion of people with physical, mental, intellectual, or sensory impairments in the community, Feta and her family were awarded with a reliable home which met their present needs. 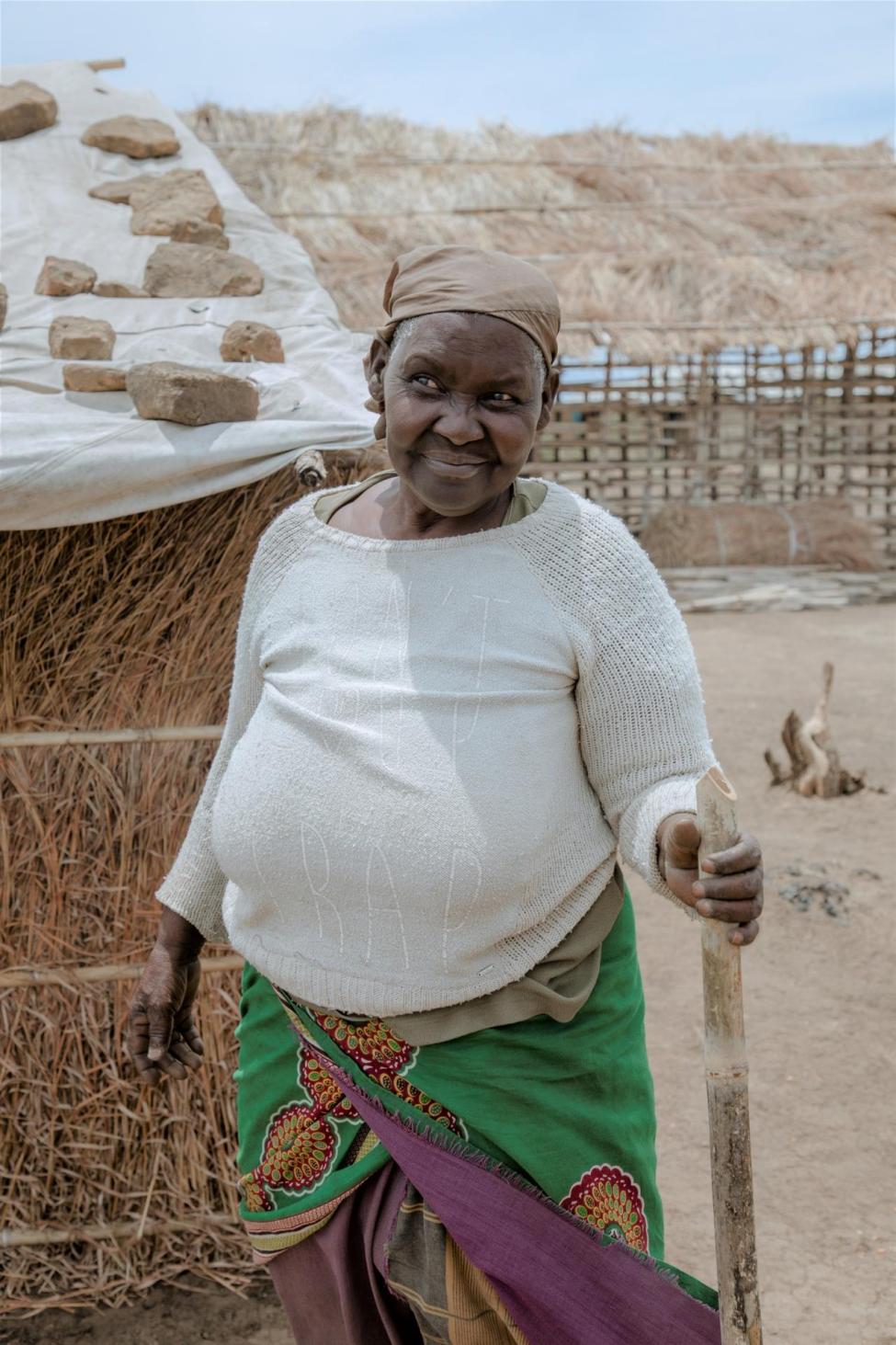 "The inclusion committee has changed my life. I also thank the CFM for listening to my pleas. Thank you for helping me and making my life easier here in Ngalane”

24 young women and their passion for football

A story of one, a story of many!