Displacement affects community networks and ties and causes distress to individuals and communities, especially to women and girls, who are often disproportionally affected during crisis. In northern Mozambique, women and children make up 77 per cent of the population displaced due to the ongoing conflict in Cabo Delgado, which has displaced more than 780,500 people according to IOM DTM 2022.

IOM Protection and Mental Health and Psychosocial Support (MHPSS) teams work across northern Mozambique to re-establish these ties and strengthen the community support systems, which contributes to the wellbeing of the individuals and community.
Within the locality of Micone in Chiure district, Cabo Delgado, the local community hosts Internally Displaced Persons (IDP) who have been forced to flee their homes over the past two years due to insecurity in northern Mozambique.

This is one of the areas in which IOM's Protection and MHPSS teams work to build resilience and strengthen ties between the displaced people and the community. It was during the socio-cultural activities that a large group of women football fans was identified; several of them played for their local team in different locations in Cabo Delgado before they had to flee their homes.

To offer them the possibility to continue practicing their hobby, as well as to have a shared and safe space as women, the Micone women's football team was created, in which twenty-four teenagers and young women between 15 and 21 years old from different areas of Cabo Delgado and Micone itself, share the passion of playing football, became friends and created a circle of unconditional support and trust. Being part of a collective group   helps youth better integrate within new surroundings, rebuild social competence and relations.

Malitato Chaibo Africa, the team captain, is 15 years old and had Macomia district, Cabo Delgado, as her home until she fled attacks in her home village, leaving her football team and with it the complicity and the bond made with her teammates. "We were a family. It broke my heart to have to flee my home, it was heart-breaking to have to leave my team and be separated from my teammates and friends", says Malitato.

"When I arrived in Chiure, I had to start my life from scratch. I didn't even know how to fit into a group. Being part of the football team has been the best thing that has happened to me here; now I feel part of this family, and the strong bonds we have created help me face every day so far from home, share and overcome problems and fight for my dreams” says Malitato with emotion. 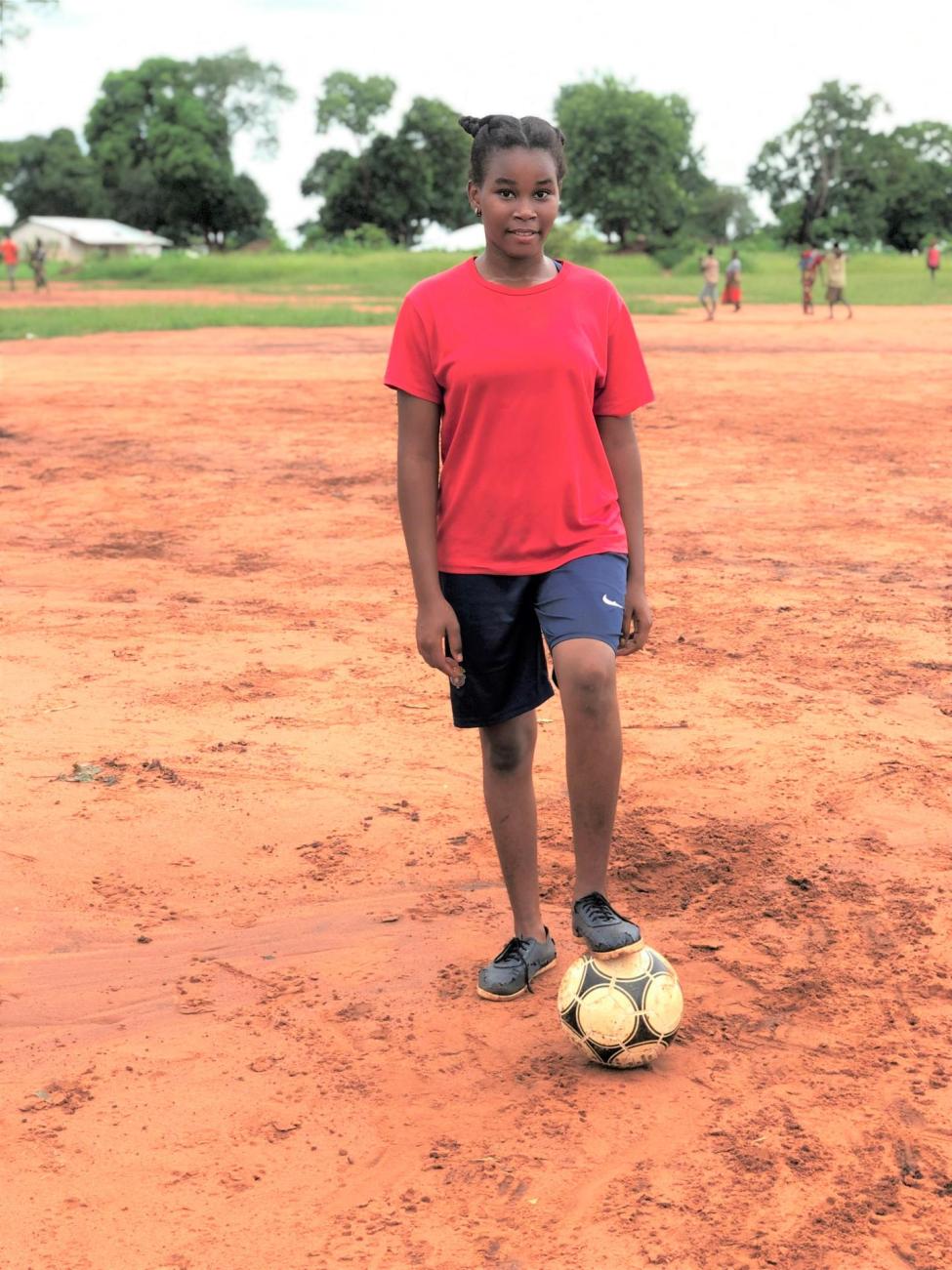 A story of one, a story of many!