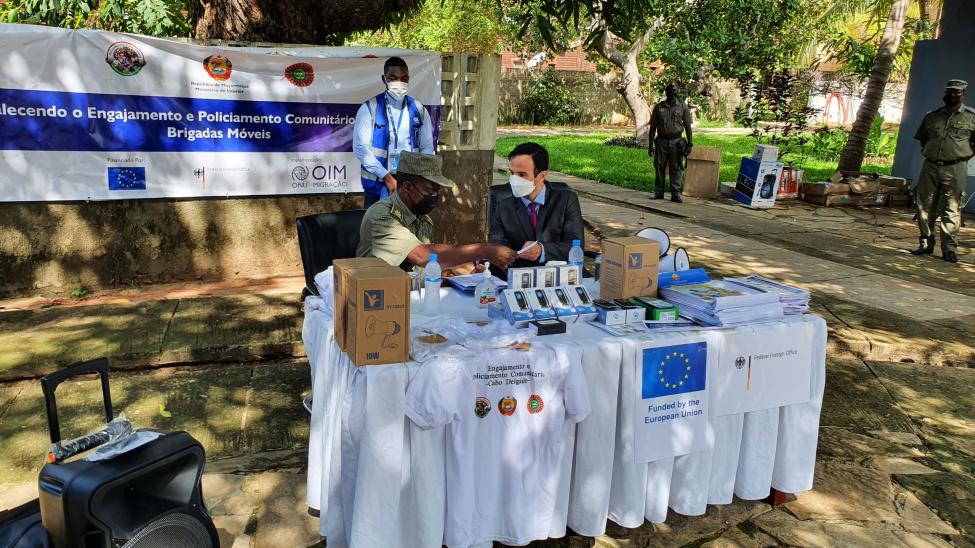 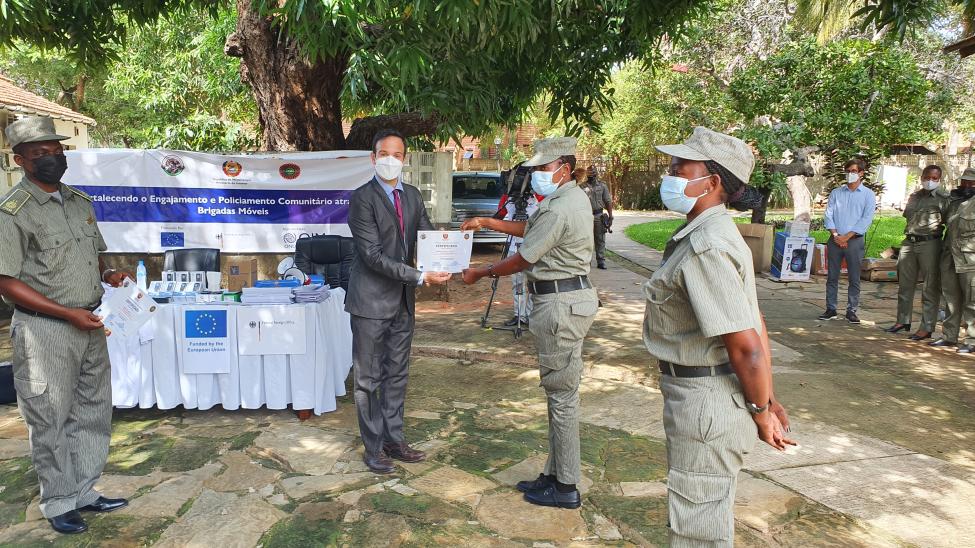 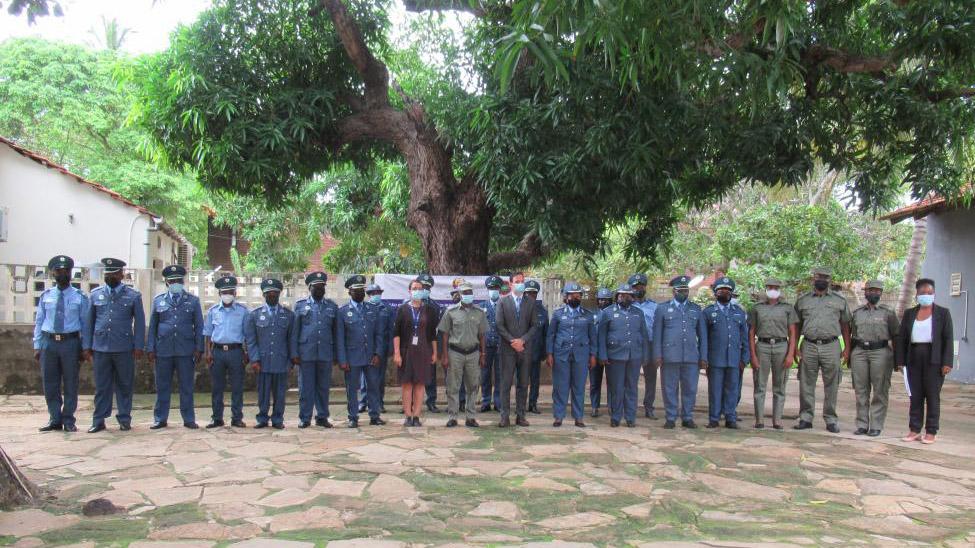 4 March 2022 – The UN Agency for Migration (IOM) in Mozambique through its Immigration and Border Management and Community Engagement and Policing (IBM/CEP) programme, with the support of the European Union (EU) through its Instrument Contributing to Stability and Peace (IcSP) and the German Federal Foreign Office (GFFO) aim to create a foundation for positive engagement between the police and communities in northern Mozambique, affected by security-driven displacement following the attacks of Non State Armed Groups (NSAGs) in the Province of Cabo Delgado.

To achieve this goal, IOM assists the Police of the Republic of Mozambique (PRM) in building the capacity of police officers in Cabo Delgado, to engage communities positively, based on a community policing approach.

The training will be conducted by three expert trainers from the Mozambican Police Academy (ACIPOL) in themes related to community policing, leadership, gender, and positive youth engagement.

The expected outcome is to capacitate the participants with training techniques, that they will apply cascading trainings at district level to more than 300 high-level officials and field officers, over the next five months. As a result, field officers in remote places will have easier access to training and improve their engagement with the communities.

“Through these trainings IOM will support the Government of Mozambique by increasing the capacities of active-duty police officers to positively engage with local and displaced populations. Thanks to this intervention, communities in Cabo Delgado will be more stable, secure, and resilient to violence" said Laura Tomm-Bonde Chief of Mission at IOM Mozambique.

The training will provide materials that are tailored to the local context, and PRM and IOM have set a priority to mainstream youth engagement and gender equality throughout the training modules, including through ensuring a gender-balanced selection of participants as well as tools and indicators to track trainee capacity.

The trained trainers will play a vital role in the preparation and implementation of civic education to the communities on their roles and responsibilities in security monitoring as well as channels that they can use to access several government services that contribute to their own security.

Capacity building is part of the activities conducted by IOM Mozambique in the field of Community Engagement and Policing (CEP), aimed at addressing drivers of fragility and displacement by building trust between communities and law enforcement. One of these activities is the creation of Community Safety Councils, which are community-based organizations strengthening the engagement of communities in security management. Another activity carried out is the creation, equipping, and deployment of multi-sectorial mobile brigades. These are groups of police officers and civil servants who conduct outreach activities in communities to share information on the roles and responsibilities of law enforcement.

Since November 2021, IOM Mozambique and PRM created over 70 Community Safety Councils in the Province of Cabo Delgado and aim at creating 30 more in the coming months. Equipment for the deployment of mobile brigades in eight districts of Cabo Delgado has been handed over during the closing ceremony of the ToT. In the next months, IOM will provide technical support for the deployment of mobile brigades during more than 150 field missions in remote communities of Cabo Delgado to improve relationships between communities and authorities.