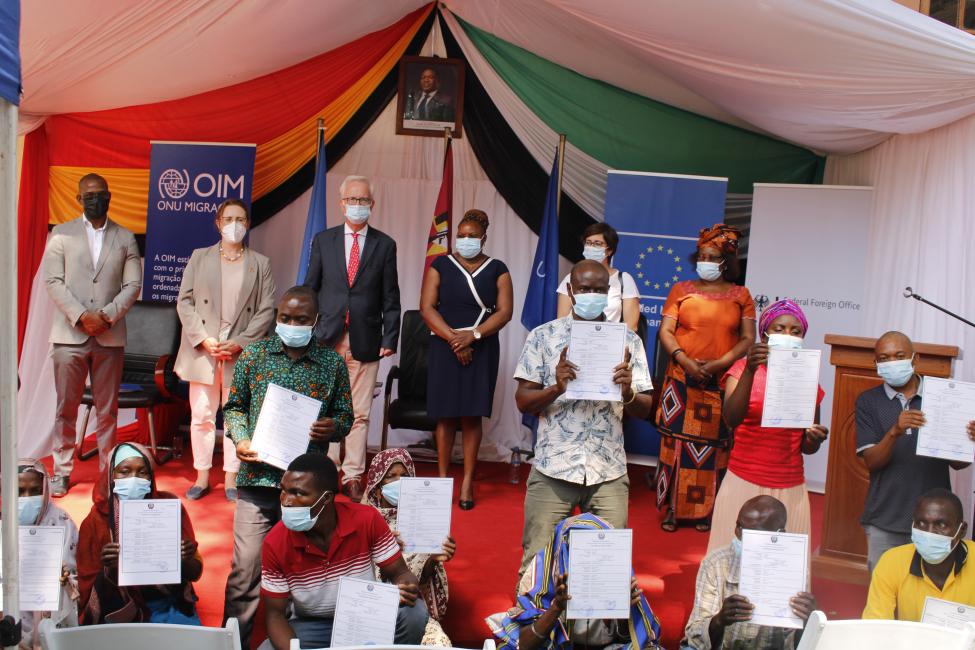 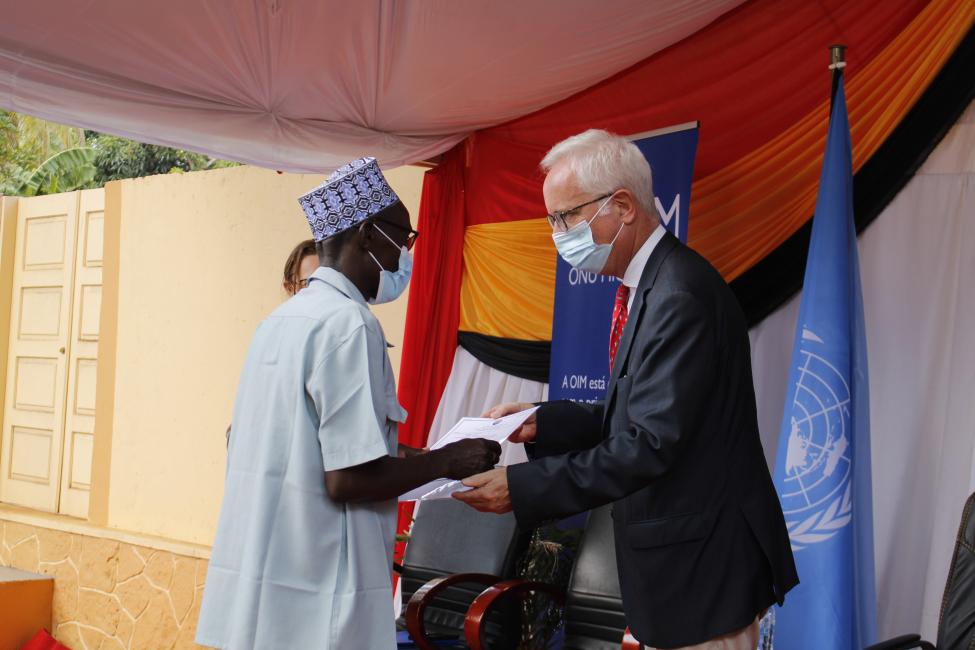 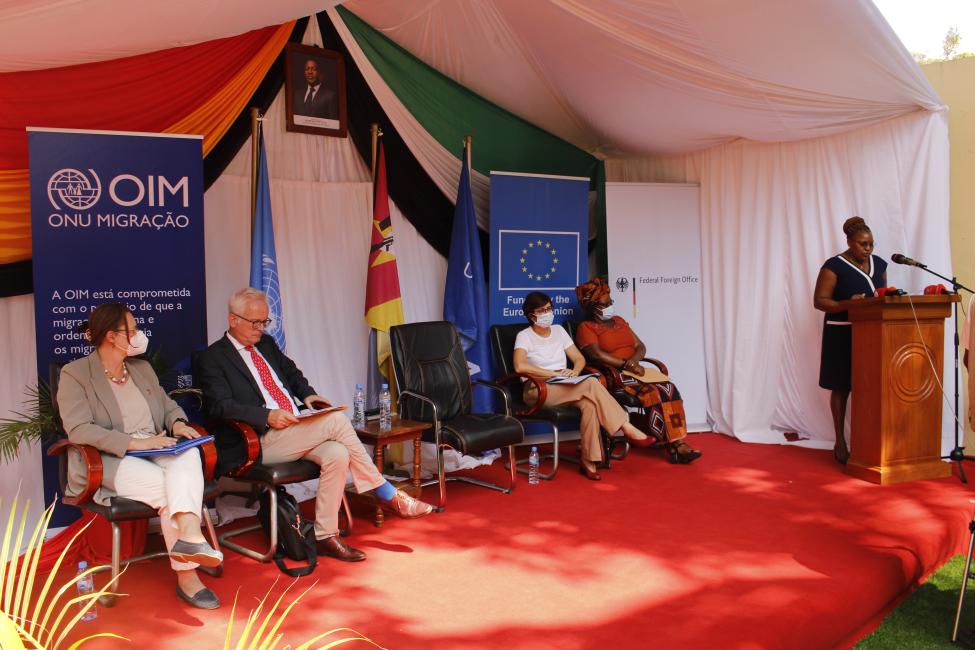 12 May 2022 Pemba, Cabo Delgado – Thanks to the European Union (EU) and the German Federal Government the International Organization for Migration (IOM) is supporting the Government of Mozambique in issuing birth certificates to 10.000 Internally Displaced Persons (IDPs) and host communities in the district of Balama, Cabo Delgado.

The situation of insecurity in the province of Cabo Delgado has left more than 780,000 people displaced across central and northern Mozambique since 2017 (DTM Baseline Assessment Report Round 15, February 2022). While fleeing insecurity or natural disasters, hundreds of thousands lost their civil documentation. This situation poses a risk to already vulnerable migrants and internally displaced populations, exposing them to further challenges such as restricted freedom of movement, harassment, family separation, discrimination, Gender-Based Violence or risk of statelessness, as well as hindering their access to basic services, among others.

"Birth registration and certification are a fundamental human right, and today's start of this process for internally displaced persons is an essential step towards enabling them to access other official documents, such as identity cards, that open the door to their rights as citizens and to basic services such as education, employment, health, and access to land", said Alicia Martin-Diaz, Governance and Micro-Economics Team Leader of the European Union Delegation in Mozambique.

Mozambique has a low rate of civil registration, 55% of people have a birth certificate and only 38% own an ID card. Furthermore, in the areas of origin of IDPs, most of the physical archives of legal identity documents have been destroyed by the attacks of Non-State Armed Groups (NSAG). To reconstitute these archives, and enable the displaced population and host communities to obtain civil documentation, the Ministry of Justice Constitutional and Religious Affairs (MJCR) in collaboration with IOM, plans to register 10,000 people in Balama district during a period of three months. This initiative will be possible through the provision of equipment, and the capacity building of registrars from the MJCR.

Rüdiger Zettel, Deputy Head of Mission at the German Embassy in Maputo points out: “The lack of a legal identity means that the person does not exist in the eyes of the State. In other words, an extremely alarming scenario that goes against all our efforts for human development. The consequences of the lack of identification are devastating, especially for vulnerable groups of the population. It is in this context, that the German Government has made a commitment to support, globally, the achievement of Sustainable Development Goal 16.9.”

The activity also aims to strengthen the relationship between displaced communities and the local authorities in Cabo Delgado. The provision of civil documentation is one of the main needs raised by local and displaced populations to the Police Mobile Brigades of the Police of the Republic of Mozambique (PRM). These Police Mobile Brigades are deployed in more than 150 communities, in coordination with IOM and with the generous support of the EU and German Federal Government, to strengthen Community Policing in Cabo Delgado.

“IOM works hand in hand with the Government of Mozambique, and in collaboration with the United Nations Legal Identity Agenda (UNLIA), to provide civil documentations to displaced populations in the country and to migrants abroad. In this role, IOM provides leadership on the nexus between migration, displacement, and Legal Identity, ensuring the protection of migrants and access to basic services. These aspects are at the very core of IOM Legal Identity Strategy, which was launched on 3 May 2022, and have been extensively discussed during the Regional Legal Identity Conference that IOM hosted in Maputo on 20 and 21 April”, said Dr. Laura Tomm-Bonde, IOM Chief of Mission in Mozambique.

IOM's work in Legal Identity is closely aligned with the the Sustainable Development Goals (SDGs) – Target 16.9 – “Legal Identity for all, including birth registration, by 2030”, and is further reinforced by the Global Compact for Safe, Orderly and Regular Migration (GCM) – Objective 4 – “Ensure that all migrants have proof of legal identity and adequate documentation”.

The activity is co-financed by the EU and German Federal Government. Through this intervention IOM reaffirms its commitment as a member of the UN Legal Identity Agenda (UNLIA) Task Force.

The UN Agency for Migration in Mozambique is committed through its partnership with the Government of Mozambique “to leave no one behind” (UN Legal Identity Agenda).